VBAC stands for a vaginal birth after cesarean. It's a choice, not every woman who has previously had a cesarean birth is interested in. Yet for Michelle, and many mothers like her, having this choice means everything! This is a VBAC story I hope you won't soon forget. 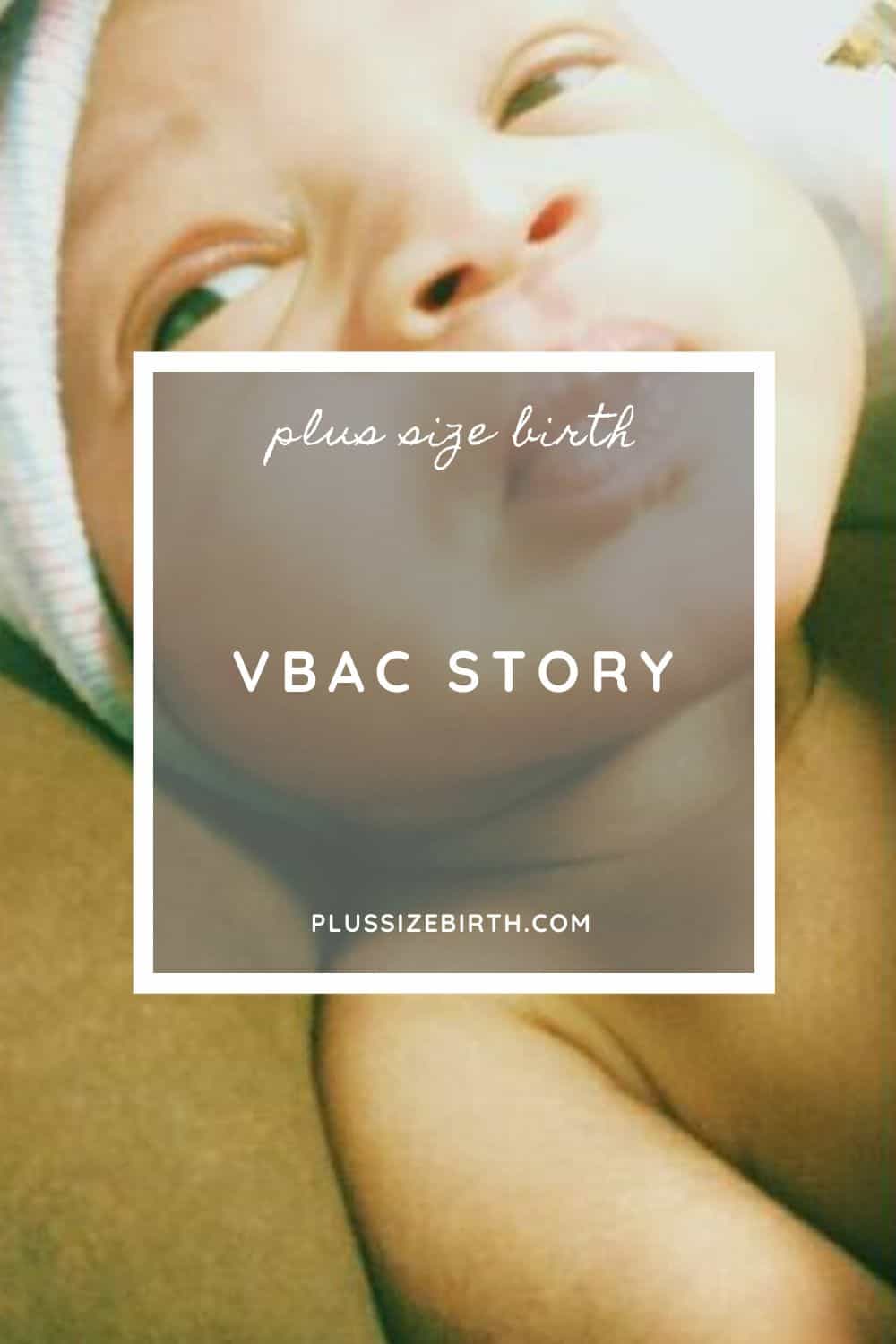 Which was expected, as my toddler had been battling a stomach virus that whole week so I woke up thinking, “Yay my turn!” *sarcasm*.

We spent the entire day in bed.

Around 12:00 pm I noticed I was getting back pains, which was quickly explained by the crazy amount of pooping and vomiting I was doing.

I figured my body was just crampy and exhausted.

I faintly remember occasionally waking up in pain and kind of moaning a bit, switching positions, and going back to sleep.

My daughters' father kept asking me, “are you sure those aren’t contractions?”

Me? The one who had to get induced at 41 weeks? Me who had never had contractions without pitocin? “I'm sick…leave me alone.” I told him.

Around 10:00 pm that night after being miserable and bedridden all day I felt sweaty and hot, thighs sweaty especially.

Except, it wasn’t sweat, my water had broken in my sleep!

Related: Giving Birth with the Flu

Realizing what was happening I got up to go to the bathroom and sure enough, I had water running down my legs.

Not your typical “pop and gush” scenario, but I was excited!

Well, that and terrified. I was only 38 weeks!

I still had so much to do! Nothing is washed, car seat not put in, I instantly went into panic mode.

We get to L&D around 11:00 pm, got hooked to the monitors, and bam. Contractions every 6 minutes (guess the guy was right this time).

I tested positive for amniotic fluid and got admitted.

Due to me being a VBAC patient, I got my epidural early on, mostly for safety reasons.

To spare you the hours of nothing happening, I slept a lot, laughed a lot, visited with a couple good friends, and slept some more.

In the early morning on the 31st, my epidural began to break.

Why am I feeling contractions if this God awful thing is pumping medicine in my spine!? Sad to say, this would occur for the entire duration of my labor.

They kept checking my legs for sensation, wiping me with cold cloths and such to see if I could feel it, my legs were totally numb, but each contraction had me moaning out in pain.

So hours of this went on and they kept changing the dosage, kept giving me extra shots of this and that.

I'd be comfortable for an hour or two, and then the pain would creep back through.

I was so done!

The nurses didn’t check me much for dilation as not to risk infection, but the not knowing for hours if I was progressing or not was killing me.

I just knew I would be getting wheeled into an O.R room by the end of the night because I got stalled at 3 cm, same as before.

That was it, all that time passed and only one centimeter!?

But the nurses, in all of their amazingness, kept encouraging me.

I really felt through the entire experience that they wanted this vaginal birth as bad as I did. So I continued to labor.

Progress, further than I had gotten before, but it's already been 24 hours since my water had broken.

They started talking risks and infections and all of these things that can occur and all I could manage to ask was, “are you going to cut me?”.

They tried to be as reassuring as possible, but let me know another c-section would be a possibility depending on how the next few hours played out.

I wanted my VBAC story!

I eventually drifted off to sleep, too tired to cry or do much of anything else.

The next few hours were waves of pain, moaning, groaning, and not much else.

Nurses in and out, this and that machine beeping, but it was all like background noise.

I was so in tune with my body, something was happening, not sure what, but it was keeping me awake and keeping the medicine from working.

Through my half-sleep, half drugged state I heard her say, “Oh honey you're completely done! Only a lip of cervix left.” I lifted my head, looked her right in the face, and said, “I don’t believe you.”

She kind of smirked and nodded and said, “well believe it! We are going to sit you all the way up and let you labor baby down.”

When I say I didn’t believe her…I didn’t.

Not sure if it was shock, or the drugs, or both, but I went along with it and sat there for awhile, moaning through the contractions as I drifted back asleep.

I woke up about an hour or so later to doctors and nurses filing into the room.

One of them gearing up, putting on her blue cover-up over her lab coat.

“What the hell are they about to do” is what I was thinking, even though in reality I knew…I was about to push this baby out.

The tears began to well as they uncovered instruments and readied the incubator, and NICU doctors standing around and such.

For some reason, I still said, “please don’t cut me”, all while they are putting my legs in stirrups.

A doctor checked me a final time and said, “yeah she needs to push now”.

As I'm pushing, they tell me a vacuum will need to be used as my baby was face first, instead of head first, and needed to be turned a bit. I didn't care, I was about to push, something I had never done before, and that's all I could focus on.

And I felt a release from my body like I had never felt before, she was here, she was crying, it had really just happened.

I cried the ugliest cry one could muster up.

I was in disbelief, I was so grateful, it was the most overwhelming emotion I had ever felt.

I was told I had a second-degree tear, I didn't care, my body had just done something so amazing.

Something I thought I'd never get to experience.

My baby was here and healthy…and I had successfully pushed her into this world.
l 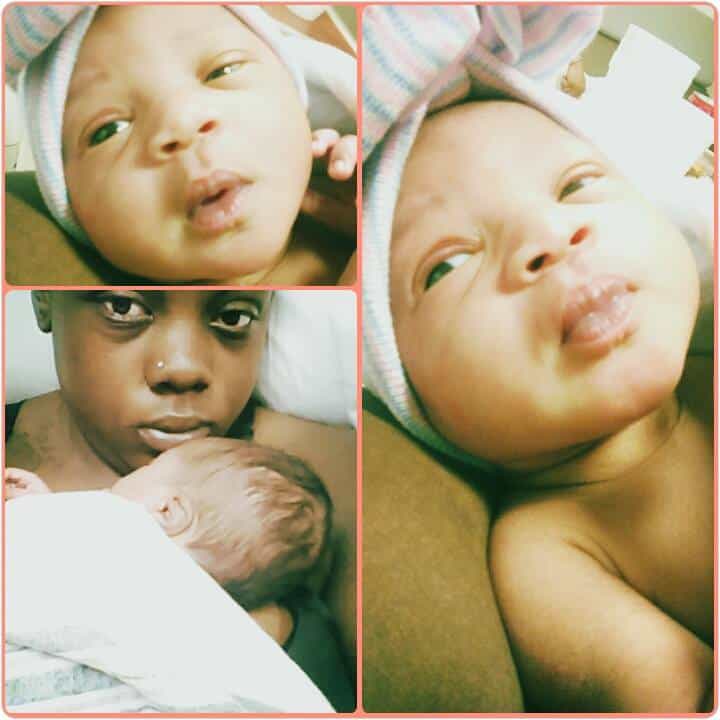