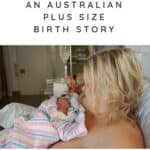 I'm always so incredibly touched when a woman shares her story with me, let alone an Australian plus size birth story. This is an Australian mom (or mummy as they say) who follows our Facebook page. She was concerned about women in the USA talking about how they were told they couldn't have a natural childbirth due to their size.

This is one woman's story of trauma, fear, and then transformation. 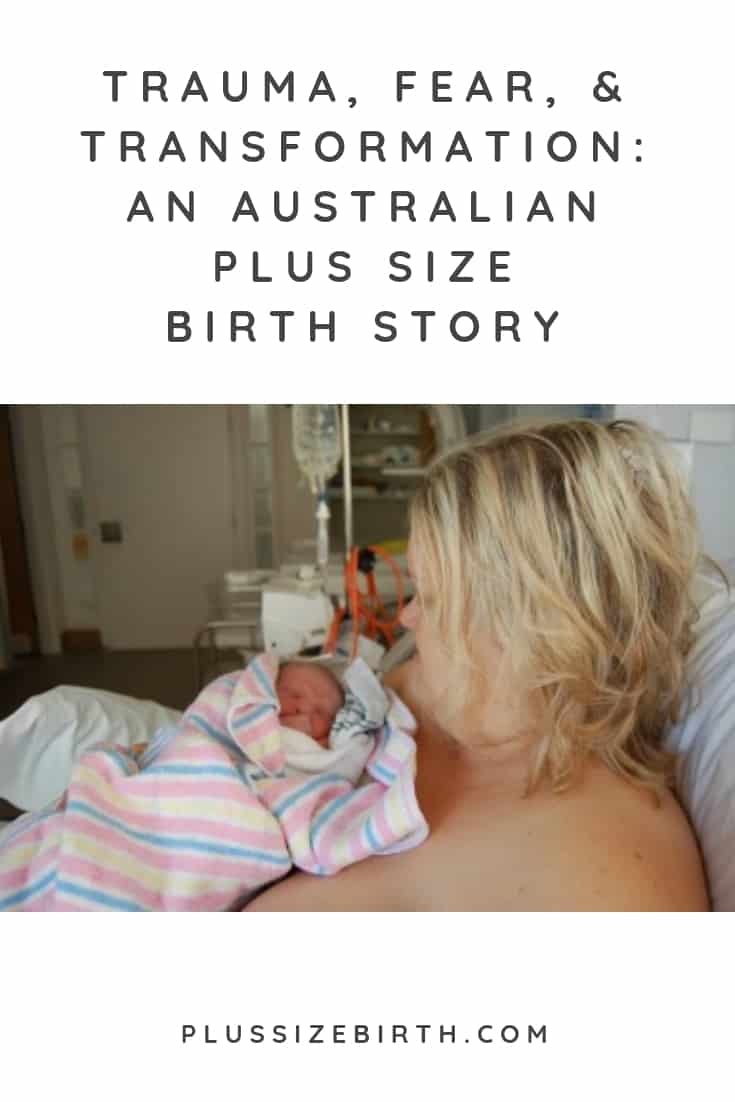 I am a plus size mummy of course and I am often reading, on the Plus Mommy Facebook page, about those wanting a vaginal birth but are told they are too overweight and will need a c section. Or having trouble conceiving so I thought I’d share my story to maybe inspire others.

Well, my first pregnancy was unplanned after one night of unprotected sex. It ended up being an ectopic, it ruptured and I had to have emergency surgery and almost died from blood loss. So I was fairly traumatized after that and then having one tube left. My fertility was halved (so I was told). I was left wanting babies but just couldn’t bring myself to potentially go through that again soon.

So I got married, bought a home, and a few years passed. We started trying and got pregnant in my 3rd month of trying. Went on to deliver a healthy baby girl.

The birth ended up being traumatic at the end and she was vacuumed out without pain relief. I wasn’t cut and tore pretty badly. I had an epidural which failed so it left me with no pain relief in my vaginal area!

It slowed down the contractions and had to have the drip put up to bring them on stronger again. Anyway, after that, I said to my hubby I don’t ever have to do that again if I don’t have to.

It took me 4 years to want to try again. 4 months later I was pregnant and miscarried at 6 1/2 weeks. Then I fell pregnant 2 months after the miscarriage.

During the pregnancy, I was 15kg heavier than when had my daughter. I didn’t feel fit. I was one of those women really scared of going through labour again and I asked for a c-section at least 5 times.

I was told that it would be safer to deliver vaginally for me and my baby. But I kept pushing for the c-section. They then convinced me to try vaginally.

They said I could have an early epidural.  I would need an epidural anyway if labour didn’t progress and a decision would be made for a c-section. So I agreed to try.

I kept reading that plus size women were told they were too heavy to have a natural birth. So I relayed this to the OBGYN, and was told that in Australia this is not protocol to have a c-section based on weight.

She also said she had personally helped deliver a baby from a woman who was close to 200KG. The mom and baby were fine and it was a lot less risky than having an anesthesia and surgery. I asked, “but am I too fat to push?” She laughed and said no your body will take over.

I went through the public system and this OBGYN was new and still learning. She told me she’d speak to her boss who is actually from the USA (because I kept saying what I’d seen written on a USA based site) to see what she says. Came back in the room and told me that in USA it was not protocol to give large women c-section and it is safer to deliver vaginally.

Related: Plus Size Stigma within the Medical Community

Now we come to labour day! I told myself to be brave and I needed to do this to see my beautiful baby. I also had a few stories from women written on the Plus Mommy Memoirs Facebook page in my mind. I wanted to be strong like them. My labour was amazing, empowering, wonderful.

I was in pre-labour for a few days, not really painful just uncomfortable. My actual labour was only 2 hours!

I walked into the hospital at 5:00 am and pushed bubby out 45 minutes later. My OBGYN was right my body took over and did its thing. I only had 4 pushes and it was surreal! I don’t even remember it hurting that much (the contractions just before were pretty painful) but the pushing wasn’t that bad at all. I gave it my everything and dare I say I found pushing easy.  Ok it must not have been that easy as I tore again both ways and needed a few stitches but in my mind it wasn’t that bad.

Then I saw my baby boy – such love. Also, love for myself! I can’t believe I did it.

8 weeks later I still get a high when I think back to that special day and think ‘wow I did it, me who was so scared did it and with no drugs except 3 puffs of gas’.

I was so proud of myself and my body. I was really grateful that I didn’t have a c-section or drugs. I was up walking around and having a shower an hour later.

I will also add that my second birth was healing from the trauma of the first one. My husband and mum, who both knew how scared I was, both told me on different occasions how proud of me they were. During the labour and how I was coping with my newborn. That was very special to me and the nicest thing my mum and hubby could have said to me.

I wanted to share my story to show that; 1. Being big doesn’t stop you conceiving quickly in so many people including me. 2. Large girls can have amazing vaginal births and in Australia anyway, its deemed safer by the medical professionals. 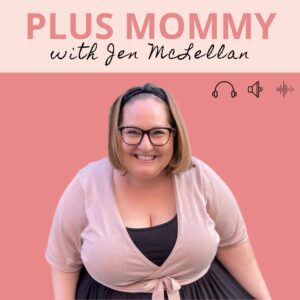