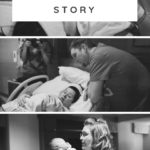 This is one of those hospital birth stories that will stay with you! A beautiful hospital birth story of a plus size mom who felt completely supported by compassionate care providers and her loving family.
I just want to encourage all women to find a size-friendly provider, who will listen to you and support you in your pregnancy & birth, because it is so important. The number on the scale does not matter. Our bodies are capable of incredible things! – Michelle 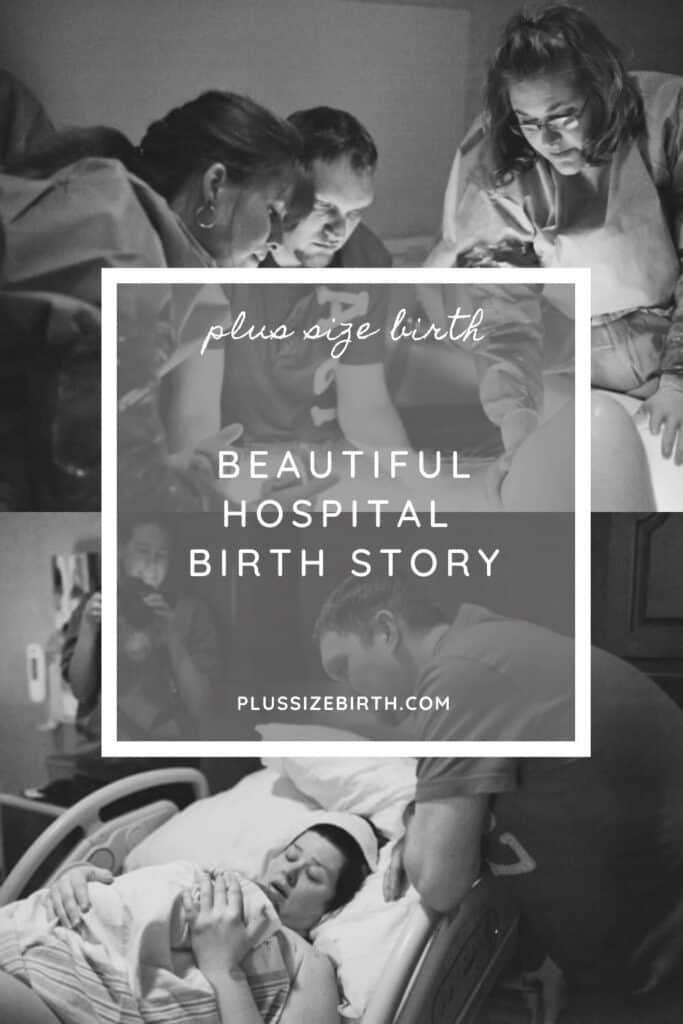 I had been having contractions off and on for a few weeks before my due date, but a couple of days prior to my son's birth, I finally lost my plug and started having bloody show.

I figured that I would be having a baby within 24-48 hours since that's what happened with my daughter, Scarlett, once my bloody show began.

The contractions never picked up speed, though, and on the morning of his birth, I had an appointment with my midwives and basically said, “I'm done.” (Which worked well for them, since they don't like to see moms go over two weeks past their due date… I was two days away from that two-week mark.)

So, they stripped my membranes for the second time and my husband and I went home to get things prepared to go back to the hospital.

I got a small dose of Cytotec (my midwife only uses a quarter of the dose that is typically used by obstetricians for inducing) around 3 pm. Before that time, my contractions were already nice and consistent.

At 6:00 pm, I got another quarter dose… and basically, all hell broke loose, and I thought I was going to die.

The contractions became more than I could handle because they all shifted to my back. (I was so fearful of back labor because I had it with my daughter… I even saw a chiropractor during my pregnancy to try and prevent it during labor. But, sure enough, it happened again!)

I had a lot of pressure, so everyone thought I would be pushing soon, but when I got checked again, I was still only 3 cm's dilated.

I can't even tell you how disappointed I was.

I was devastated and OVER it.

I thought my labor was going to take forever because I had been a 3 that morning. I felt like I made no progress & the pain was already so intense. I just started weeping.

Stephanie (one of my midwives) kept telling me that my cervix just needed time to catch up.

My contractions were so intense, so she kept saying that we would have a baby soon. My body just needed time. I didn't believe her, and I didn't care – I wanted the epidural!

I thought I was going to be in labor all night long.

Related: A Fight For My Plus Size Natural Birth

I probably fought with her for an hour about getting that stinking epidural. (I don't know how many times I said, “You are not listening to me! I WANT the epidural! I can't handle this pain! Why is no one listening to me and doing what I want?!”)

My midwives finally convinced me to get in the tub, to help with the pain. They told me that if I got checked again and made no progress, they would get me an epidural. (Basically, they were telling me what I wanted to hear – hahaha!)

That really switched things around for me. With the pain and intensity of the contractions, I knew I wouldn't be in labor all night.

I finally just started to focus on getting the baby out.

That's when I spent a lot of time with my head under water, just to drown everything out and get through the contractions.

Not long after that, I sat up and was like, “I feel like I need to push!!” (I never had the urge to push with Scarlett, but with Henry, my body just started pushing.) I had a case of crazy diarrhea a couple of hours before that, so I thought maybe it was diarrhea again.

Everyone was rushing around, getting ready for the baby to arrive, and I was like, “Please check to make sure I'm complete!”

I was so worried that everyone was rushing around for nothing. Lol!

So, I got checked again, and I was definitely complete and my midwives told me to push when I needed to. My water broke as I was pushing in the tub.

I moved to the bed after pushing in the tub for a while, and he was born shortly after!

Thank you for letting me share his story with you! 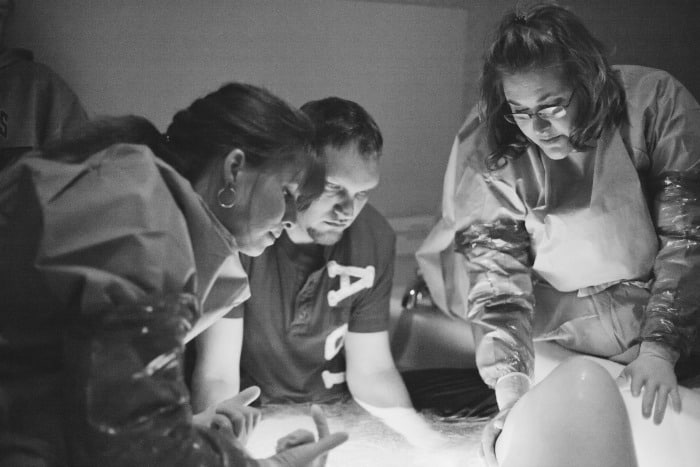 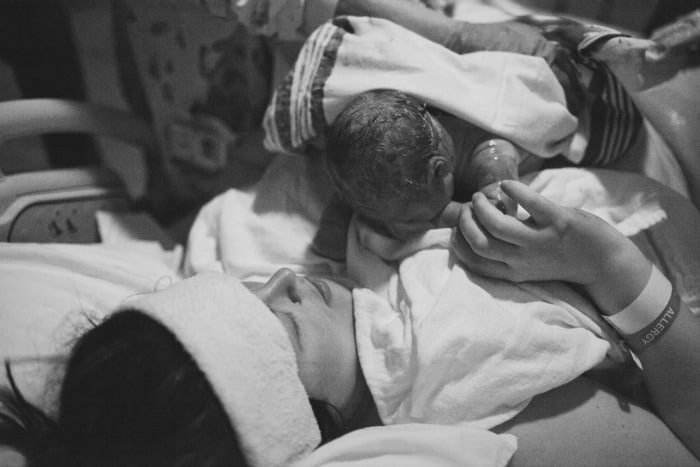 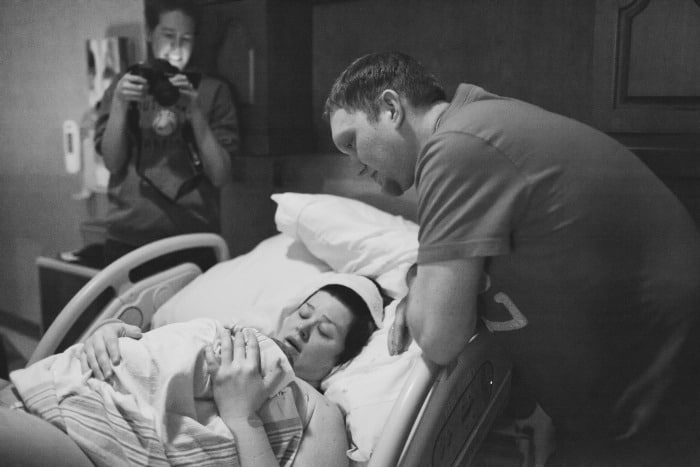 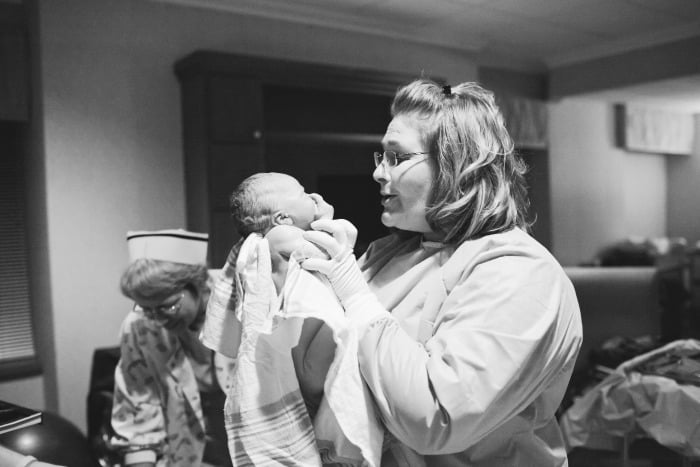 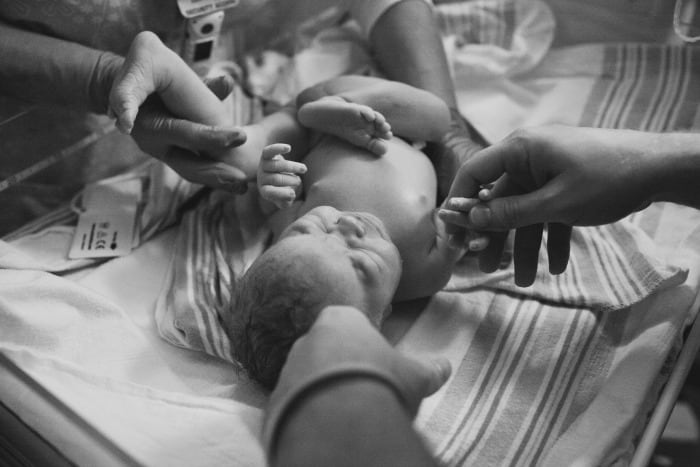 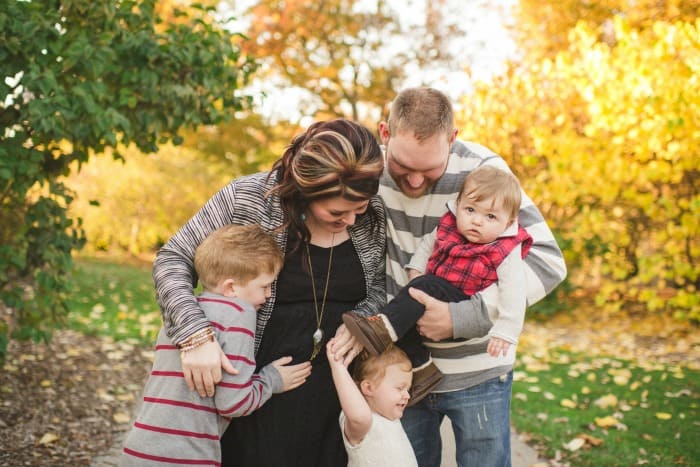 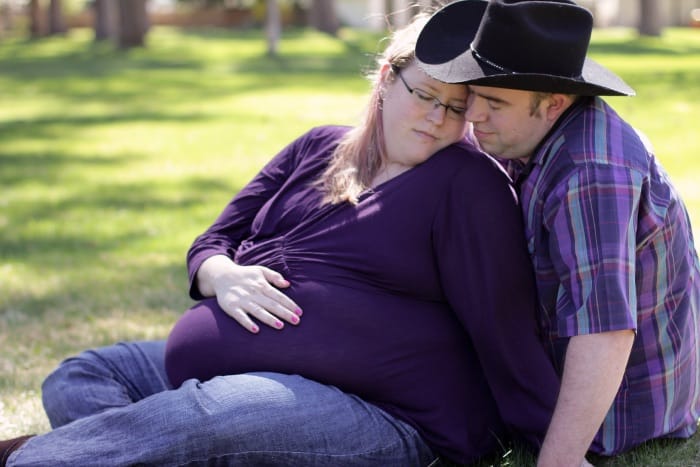 Previous
Not All Care Providers are Fat Shamers: A Birth Story 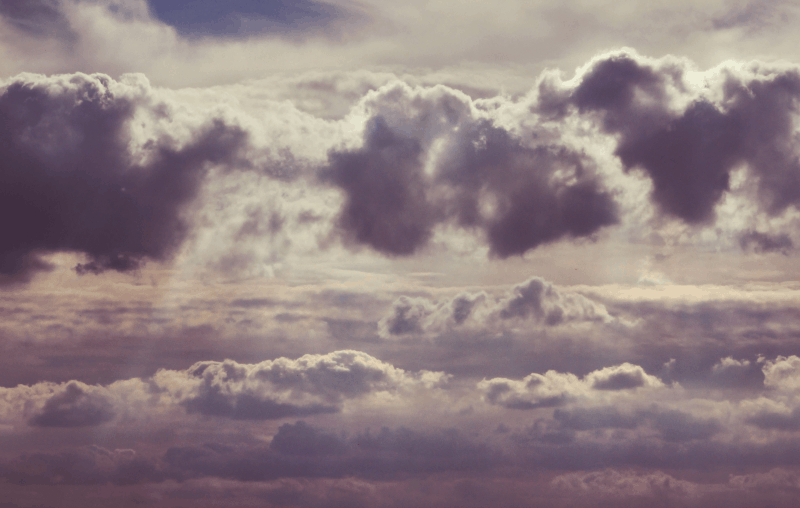 Next
Waiting on a Rainbow: Pregnancy After Miscarriage
Click here to cancel reply.